If you would like to make a pledge to KTXK,
you can do so by clicking the Donate button below.

State Representative Gary VanDeaver recently sent out his E-Newsletter to constituents dated for February First. In it he highlighted a changing funding model for community colleges, and information related to dialing back SNAP benefits increased as a response to the COVID pandemic. He spoke with KTXK's Sabrina McCormick this morning about thses topics, and others.  (February 03,  2023).

Local Texarkana resident, Sue Ellen Hall, has traveled to many places, including Sudan, China, parts of Europe and the UK -including Scotland.

In honor of Burns Night, the day Scotland sets aside to honor their beloved Bard, Robert Burns, she spoke with KTXK's Sabrina McCormick to reflect on her experiences while living in Scotland and traditions associted with the evening - which includes, among other traditional dishes Haggis.  (January 25,  2023).

Newly elected US Congressman for Texas District one, Nathaniel Moran stopped by Texarkana Wednesday to celebrate the opening of his Texarkana Office. Moran took time to answer questions from local residents as well as from KTXK News Director, Sabrina McCormick during the event.   (January 19,  2023).

Texarkana College will host two workshops next week highlighting Gregorian Chant. The workshops will touch on the history of the musical style, and culminate in a performance of a Gregorian Chant Piece. Sabrina McCormick has more   (January 18,  2023).

Several events were held over the weekend in honor of Dr. Martin Luther King Jr’s Legacy. The events culminated in a commemorative celebration held Monday on the official day of remembrance. Sabrina McCormick attended the event, and filed this story.   (January 17,  2023).

Beginning this weekend, Texarkana will host several events in the lead up to the federal holiday honoring American Civil Rights Leader, Dr. Martin Luther King Jr. Sabrina McCormick has this interview with Robert Jones, Head of the Greater Texarkana NAACP about the programs, King’s impact locally, and the goals of the organization going into the new year.   (January 10,  2022).

The announcement last week that some United Methodist Churches in Texas have decided to disaffiliate with the larger congregation over its stance on homosexuality has meant a reduction of almost 50 percent in the Texas Annual Conference. For at least three smaller local congregations, the schism is one that calls into question the role of orthodox rule over the spirit of inclusion for which the church strives. The question is a complex one that the greater UMC congregation (and others) have grappled with for many years.

Sabrina McCormick spoke with two local pastors about their own struggles with accepting the recent split:
(December 13,  2022).

Texarkana is seeing an uptick in flu and RSV cases this holiday season – here to talk about that is Dr. Matt Young – Chief Medical officer of Texarkana Emergency Center. Young says from the influenza standpoint the increase has been significant just since a month ago, and many people are coming in exhibiting a number of symptoms related to the illness. Dr. Matt Young is the Chief Medical Officer at Texarkana Emergency Center   (November 28,  2022).

Nick Redfern is a notable author, researcher and journalist – whose research and writing on cryptids and UFOs has garnered him appearances on the history channel, BBC, Travel Channel and many others – On Saturday he was the key note speaker at the first Texas UFO convention in Jefferson Texas – Sabrina McCormick Reports   (November 23,  2022).

Sabrina McCormick caught up with speakers from the first Texas UFO Convention in Jefferson Texas recently. The conference was held this past Saturday there, and featured researchers and authors focusing on UFO encounters in the Lone Star State. In this instalment, she talks with an archivist out of Austin, Texas who is trying to make information sharing about these encounters and other such anomalies easier to access.   (November 22,  2022).

The city of Jefferson held its first annual UFO convention over the weekend - Sabrina McCormick covered the event, which featured a panel of experts that spoke about unexplained encounters in Texas  (Novvenber 21,  2022).

Domestic Violence Prevention Inc. is preparing for its Santa Store Christmas Program! The program provides its clients with the opportunity to Christmas Shop for their children. Sabrina McCormick Reports:  (November 17,  2022).

If you’re looking for an out of this world experience, Jefferson, Texas may have the solution you seek.

Students at Texas Middle School got a chance to stretch their detective skills recently. A program hosted by the district in partnership with the Texarkana Texas Police Department provided the opportunity this fall as part of an after school enrichment program. Sabrina McCormick reports  (Novenber 14,  2022).

Jefferson Texas has become known as the Bigfoot Capital of Texas, there is even a statue of the famed cryptid prominently placed in the city. For the last several years, the city has hosted the Texas Bigfoot Convention. The three-day event serves as a place where enthusiasts, cryptozoologists and people who have had unusual and unexplained experiences can come to swap stories and learn more about the creature (and a host of other such cryptids).

Native Texan, Lyle Blackburn may wear only one hat (that is the signature black, wide brimmed cowboy hat he is often seen in) but he has many roles including author, actor, musician, and cryptozoological researcher. As a child Blackburn became fascinated with the Boggy Creek monster after watching the film. Today, he has become a notable expert on the beast and other such cryptids. Sabrina McCormick spoke with Blackburn at the Texas Big Foot Conference held in Jefferson, Texas this October.   (October 28,  2022).

From the wilds of Texas’ back country to the streets of the Dallas Metroplex, paranormal phenomena and strange creatures abound in Jason McLean’s book Metroplex Monsters. Sabrina McCormick spoke with McLean recently at the Texas Bigfoot Conference in Jefferson.   (October 28,  2022).

According to the Bigfoot Research Organization, or BFRO, regional sightings of the cryptid in the state of Oklahoma are most prevalent in LeFlore County, close to the Arkansas Border. The second most common area for sightings is nearby McCurtain County. The mountains stretch through both counties.

At a recent Bigfoot Conference in Jefferson Texas, Sabrina McCormick spoke with one researcher who has been studying and documenting sightings in the Kiamichi area for more than twenty years. Today she files the last in a series of interviews from that conference.  (October 28,  2022).

The Latest Stories From NPR

The Latest Local Stories With Steve Mitchell And Sabrina McCormick

KTXK 91.5 FM is a National Public Radio and American Public Media affiliate community-oriented, non-commercial radio station licensed to Texarkana College. Now with 100,000 watts of power, the station serves the three state areas of Northeast Texas, Southwest Arkansas and Southeast Oklahoma. KTXK's mission is to broadcast programs that you will not hear anywhere else in the area.

On KTXK you will find a variety of music, news, sports, cultural and public affairs programs. The schedule occasionally changes, so check the program guide often for schedule updates and upcoming events. 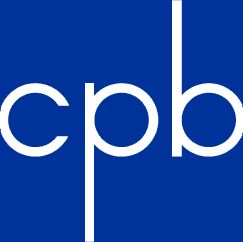 Find Us On Social Media

The Latest News From